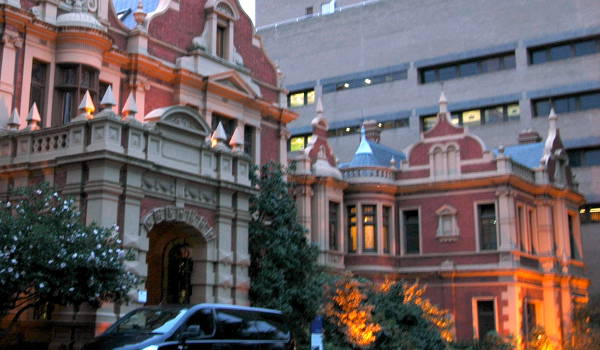 Union House is being demolished (or at least repurposed) in 2018, and student services, including the University of Melbourne Student Union (UMSU) and Graduate Student Association (GSA), will all be moved to a new “Student Precinct” on the southeast corner of the main Parkville campus.

If you’re new to the University of Melbourne this year, the above paragraph is likely to be news to you; but if you were around last year, you would know that the same paragraph could comfortably have been written at the start of 2015.

Since then, the University’s consultation process, both directly with the affected services (such as UMSU and the GSA) and with students more widely, has slowed to a virtual stand-still. With more than a third of the time allocated to the Student Precinct process having elapsed, the lack of consultation, progress and concrete arrangements has been frustrating for many stakeholders.

The Student Precinct Steering Group, which includes senior University decision-makers and representatives from the services to be located in the space, has met only twice in 2016.
To address student organisations’ concerns over a lack of progress, there is now a fortnightly meeting between senior staff and officers of UMSU, GSA and the University to discuss the project, although that series of meetings has yet to bear fruit.

UMSU General Secretary James Bashford described the process as “frustrating”, lamenting that the “project is increasingly drifting further away from the original scope” and “now that [University services have] already been allocated to 757 Swanston St the majority of services being talked about are UMSU services. Despite this, we still don’t feel like UMSU is being adequately consulted or listened to in this process”.

So far, the biggest occupant and centrepiece of the proposed site is Stop 1, the University’s single student point of contact, which (as you no doubt know from a queuing experience) is located in the 757 Swanston St building on the corner of Grattan and Swanston Streets.
With Stop 1 now incorporating many of the other University services, such as financial aid and Student Connect, that were slated to move to the Precinct, UMSU and the GSA are the two main organisations that remain to be moved.

This has contributed to UMSU’s sense of frustration, that UMSU has been “told we’ll be moved out of Union House in 2018, to a yet to be determined location”, according to Bashford, and felt that now most of the services to be moved were UMSU services, they should be the “primary stakeholder” and that the current process gave an equal role to “other, less invested stakeholders”.

The Graduate Student Association (GSA) sits in a radically different position from UMSU, both figuratively and literally — it is currently sited in the heritage-listed 1888 Building, which unlike Union House, does not face demolition. Although the University has not guaranteed the GSA will remain in that building, it sits in a much better negotiating position if the process doesn’t produce a firm plan.

Sina Khatami, President of the GSA, is also cautiously optimistic about the process and possible outcomes: “So far we are happy with the new meeting structures, we will be keen to make sure they are effective”. He emphasised the importance of study spaces in a new structure, seeking a “commitment [to] adequate provisioning of study spaces for research students (which is sorely lacking), and for 24 hour access to adequate study spaces and computers for all graduate students.”

Both Bashford and Khatami agreed that they wanted to see a wider consultation by the University with the student body. The University has run a planning workshop, attended by seven representatives selected by the GSA, UMSU, and UMSU’s international students department. However, there has been no consultation this year involving the student body as a whole.
One of the key sticking points in developing a replacement space for UMSU has been two very specialised venues: North Court, and the two performance theatres.

While there is an existing performance theatre, The Open Stage, located in 757 Swanston St, the University is unlikely to hand over such a heavily-used venue wholesale, and UMSU’s Theatre department are unwilling to sacrifice the flexibility of having two theatres. The Open Stage is also said to lack the breadth of rehearsal space that Union House has.

North Court is perhaps an even harder task: the venerable sail means that it serves as an outdoor but all-weather venue, and the design and siting of the venue means amplified music in it are (mostly) reflected, by Union House, away from academic buildings. How such an arrangement could be achieved near the Student Precinct is a question no-one can answer.

The University told us that “[i]n May the Student Precinct Engagement Office will open on campus, as a “space for students and the campus community to find out about the Student Precinct Project, take part in activities and consultations, have a say and provide input and feedback”. They didn’t provide a firm date on when it will open, but we’ll report it when it does.