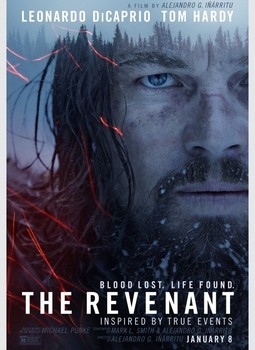 It’s Oscar season, and I’m pretty sure Inarritu thought there was a “Most Interminable Film” category. The Revenant is potentially the longest film ever made. It’s dark, depressing, and full of scene after scene of blood-spattered snow. I’m not sure what the target audience for this film is (except the Academy), but I recommend you don’t make it you.

The number of times Leo unrealistically and boringly comes back from the brink of death smacks of a film created entirely after Inarritu decided he liked the word ‘revenant’ (look it up). Nothing much else happens.

Let’s face it – Leo’s going to win the Oscar for this, and it’s probably about time. But it’s a little bit like Return of the King winning 11 Academy Awards. Everyone knows the series should’ve pulled some big-time Oscars before the third film, but the Academy left it too late and now the record will forever show an undeserving film as the Best Picture of 2004. Leo will doubtless share a similar fate.